Overview of RBCN and its Tokenomics

Importantly, RBCN is a utility governance token. Its sole purpose is to govern the Rubicon protocol. We do not recommend you purchase RBCN as a speculative investment, and you should be aware that RBCN may lose value or have no value.

There will be a fixed supply of 1,000,000,000 RBCN tokens in existence. Each token allows a user to vote on new proposals and iterations of the protocol. These tokens are strictly governance, utility tokens that foster community engagement, and the decentralization of the Rubicon Protocol.

Anyone controlling 0.5% of the total RBCN supply can draft a proposal to change the Rubicon protocol. Importantly, they do not have to own 0.5% of the RBCN supply, they can achieve this threshold by having RBCN delegated to them. Our hope is that through community delegation we can have thoroughly peer-reviewed and robust proposals pushed to the Senate. There the entire Rubicon community can review a proposal, weigh its impact, and come to a decision before the five-day voting period ends.

If a proposal reaches a quorum of 3% of total RBCN and passes, it will be implemented after our two-day Timelock delay, a feature that ensures the security of our governance system. After this delay is over, the proposal will be implemented, and the Senate will have successfully agreed and enacted a change to the Rubicon protocol!

60% of the fixed RBCN supply will be given to users of the protocol over four years after launch for free. Any user that executes a trade on the Rubicon protocol will automatically be given RBCN once an order is successfully bought or matched. The quantity of RBCN they earned will be time-weighted. An easy way to visualize how this time weighting functions is to think of the first trade on Rubicon after launch: (Time of first trade - time of launch)/(4 years * 51%*1,000,000,000) will be awarded to the trade. In short, any successful trade will distribute RBCN to both the maker and taker of the trade in an amount that represents the time elapsed since the last successful trade on the protocol as a proportion of the 4-year distribution window.

Furthermore, in the amount of RBCN awarded to each trade, a community-determined proportion will be provided to the Maker of the trade (X%) and the Taker (1-X%). At launch, this parameter will be set to enable a 60%/40% split on the RBCN provided to a given trade. Once a successful trade occurs, the time-weighted proportion of the RBCN distribution that goes to the trade will give 60% to the maker and 40% to the taker.

Community distribution enables the gradual decentralization of the protocol and helps to ensure that the Rubicon protocol can operate as a DAO that will ultimately serve the digital asset market participants of tomorrow.

The remaining 40% of tokens will be allocated to a number of sources in order to help fuel the growth and development of Rubicon. Firstly, a proportion of this allocation will be given to the team and future team members of Rubicon - all of these allocations will be subject to multi-year vesting periods. Moreover, a proportion of tokens will go to a treasury where RBCN holders can choose to fund people and projects that help the protocol grow. Finally, the remaining destinations of token allocations in this tranche and the exact proportions therein are a work in progress - all details of the allocations and proportions for the token launch will be provided at launch in a public manner.

Contracts - Previous
Deployments
Next - Not Yet Released
Senate 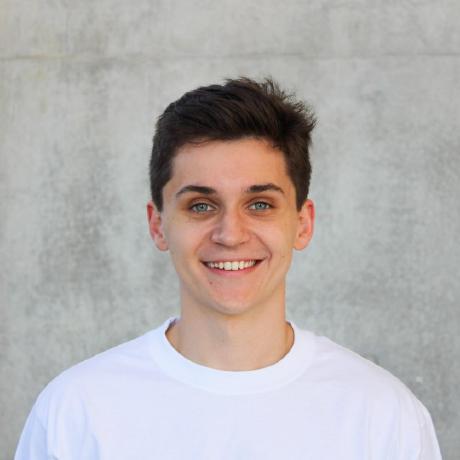